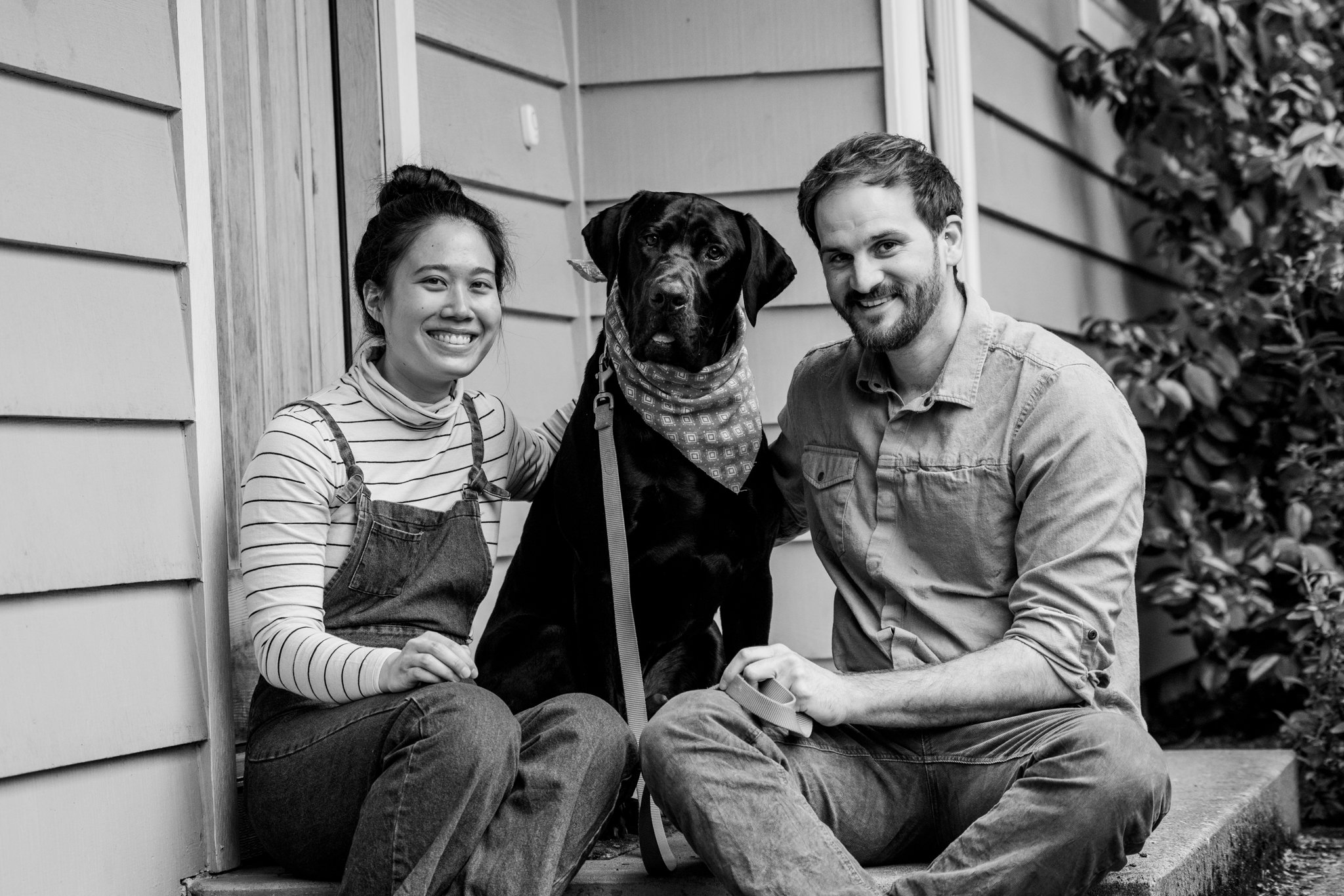 Cami Brisbo and Charlie Ylijoki have wanted to be dog foster parents for some time now, but couldn’t while they both worked full-time onsite. Now that they’re working remotely from home, however, it’s become possible.

The couple both grew up with dogs and they have fond memories of their experiences. They wanted to give back by opening their home to animals who need a loving, supportive place to stay until they find that forever family. With this in mind, they began fostering for Animal Aid in March.

Their first foster dog, a 15-lb. mystery mix named Neo, was adopted quickly. Next came Nash, a one-and-a half-year-old Black Lab/Great Dane mix weighing 100 pounds. When he spreads out, he covers two dog beds, and he’s tall enough to put his head on the kitchen counter. Despite Nash’s size, he’s a mellow dog with a goofy side that’s common among Great Danes. Cami describes him as “a little dog trapped in a big body.” Nash arrived at Cami and Charlie’s home two months ago.

“He had no problems settling in,” Charlie said. “He’s a go-with-the-flow type of dog.”

Nash likes to sleep at the foot of Cami and Charlie’s bed. In the morning, he veers his head toward the bed to see if the couple is awake. If he notices even the slightest movement from either of them, he gets excited; when he believes they’re awake, he puts his head on the bed. Cami said that sometimes she and Charlie pretend they’re asleep if they aren’t ready to start the day yet.

When Nash sits, his head comes up to Charlie’s waist. He always wants to be in the line of sight and perks up when Cami and Charlie look at him, often using the classic head tilt to show that he’s really interested in what they’re saying.

All the more so if they’re talking about peanut butter, Nash’s favorite treat.

“We go through jars of it,” Cami said. “He’s always smacking his lips when we open the peanut butter jars.”

He also likes to drop his Kong on the dining room table when Cami and Charlie are eating, “because it’s at his level.” That said, he’s generally respectful of Cami and Charlie’s space. 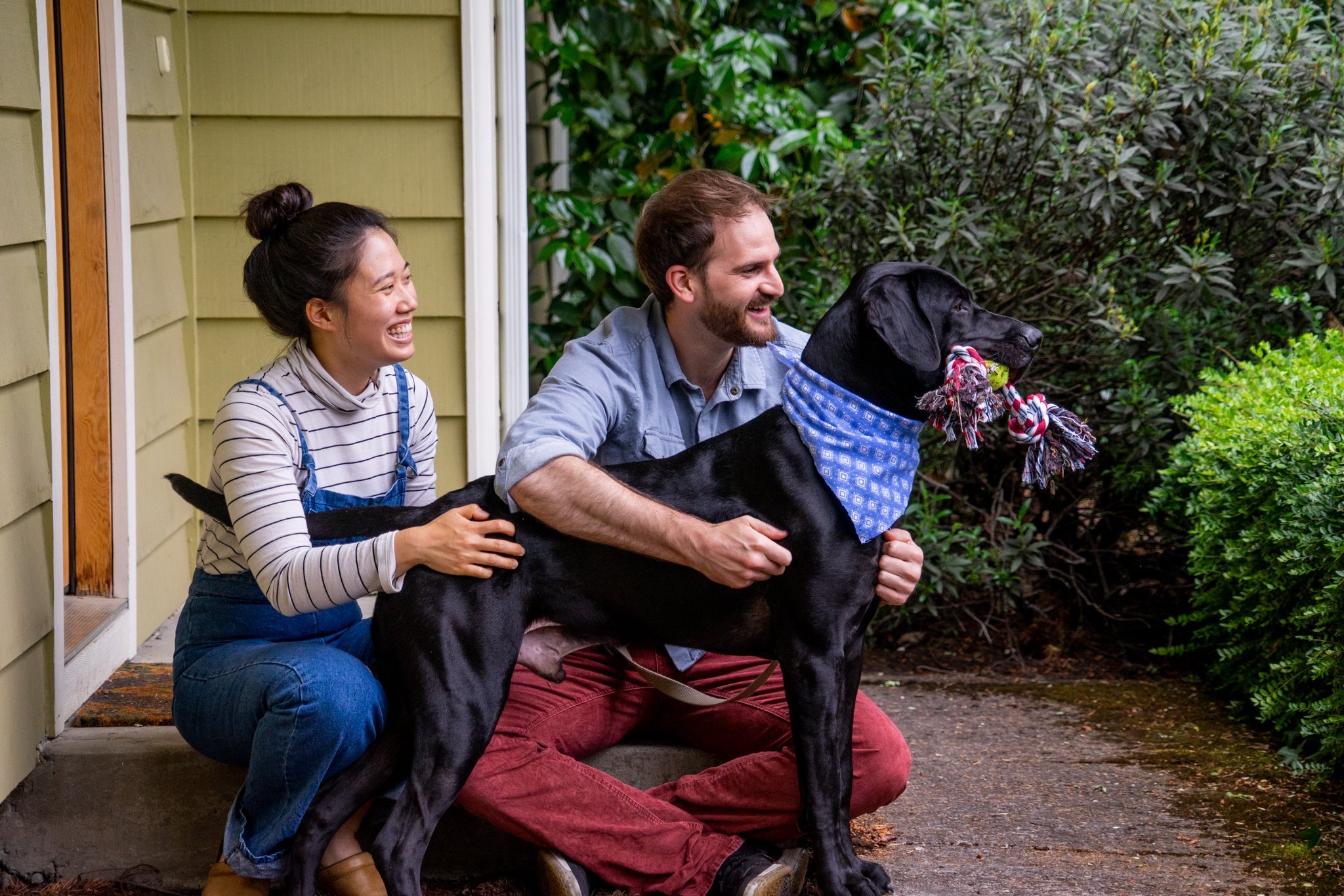 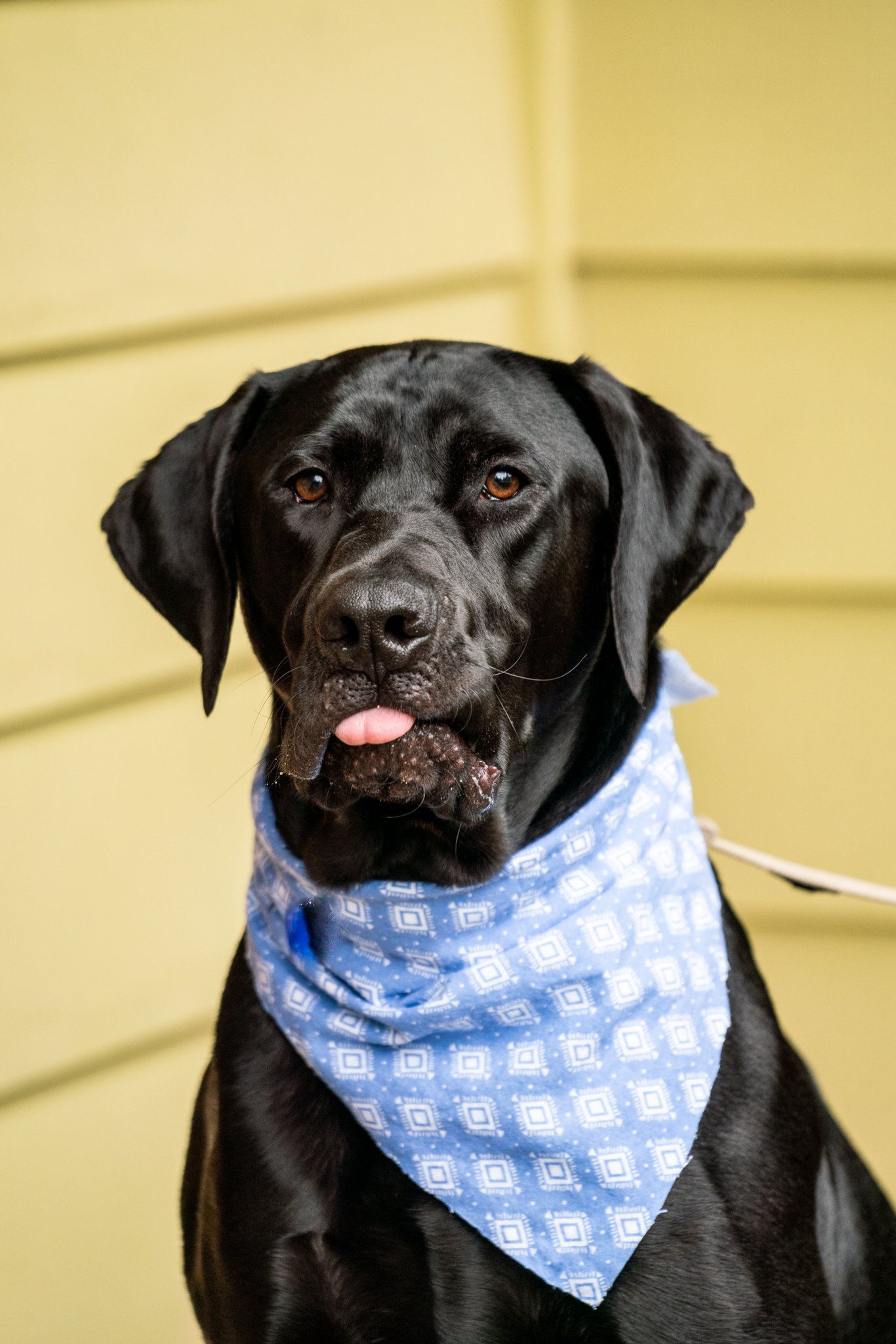 In late May, Nash underwent a Tibial Plateau Leveling Osteotomy (TPLO) surgery to repair a ligament rupture in his knee. Recovery time is usually six to eight weeks, but can take up to 15 weeks.

During recovery, movement needs to be limited, so Cami and Charlie set up a toddler playpen where Nash hangs out most of the time. He could easily knock it down, but Cami says that “he respects his boundaries.” Still, she added that, “we definitely have to watch him, because he tries to run and jump.”

Nash is currently on sedatives to help him rest. Thankfully, giving medication to him is a cinch: Cami and Charlie just hide the pills in a big glob of peanut butter that Nash gobbles up like a treat.

Nash isn’t listed for adoption on Animal Aid’s website yet, because we’re waiting for him to be fully recovered. If you’re interested in adopting him, Cami and Charlie say that he thrives when people can stay at home a lot; he gets pretty down if he’s left alone. They have also noticed that Nash has a preference for men–Charlie calls him “a bro dog.”

A permanent home with no cats and dogs would be best to prevent Nash from retriggering his injury. If there’s another dog, they would need to be mellow.

“He wants to be active,” Charlie said. “He has all the classic Lab playfulness. Whoever adopts him has to keep it under control.”

Nash needs to continue being trained on a leash as well. Overall he’s obedient and eager to please, but if he wants something, he will try to get it by using his weight to his advantage.

Wherever Nash lands, he’ll surely bring a lot of joy and happiness to his new forever family. “He’s a big, sweet guy,” Cami said. Charlie added, “We’re looking forward to him getting back to his regular self so he can be goofy.” 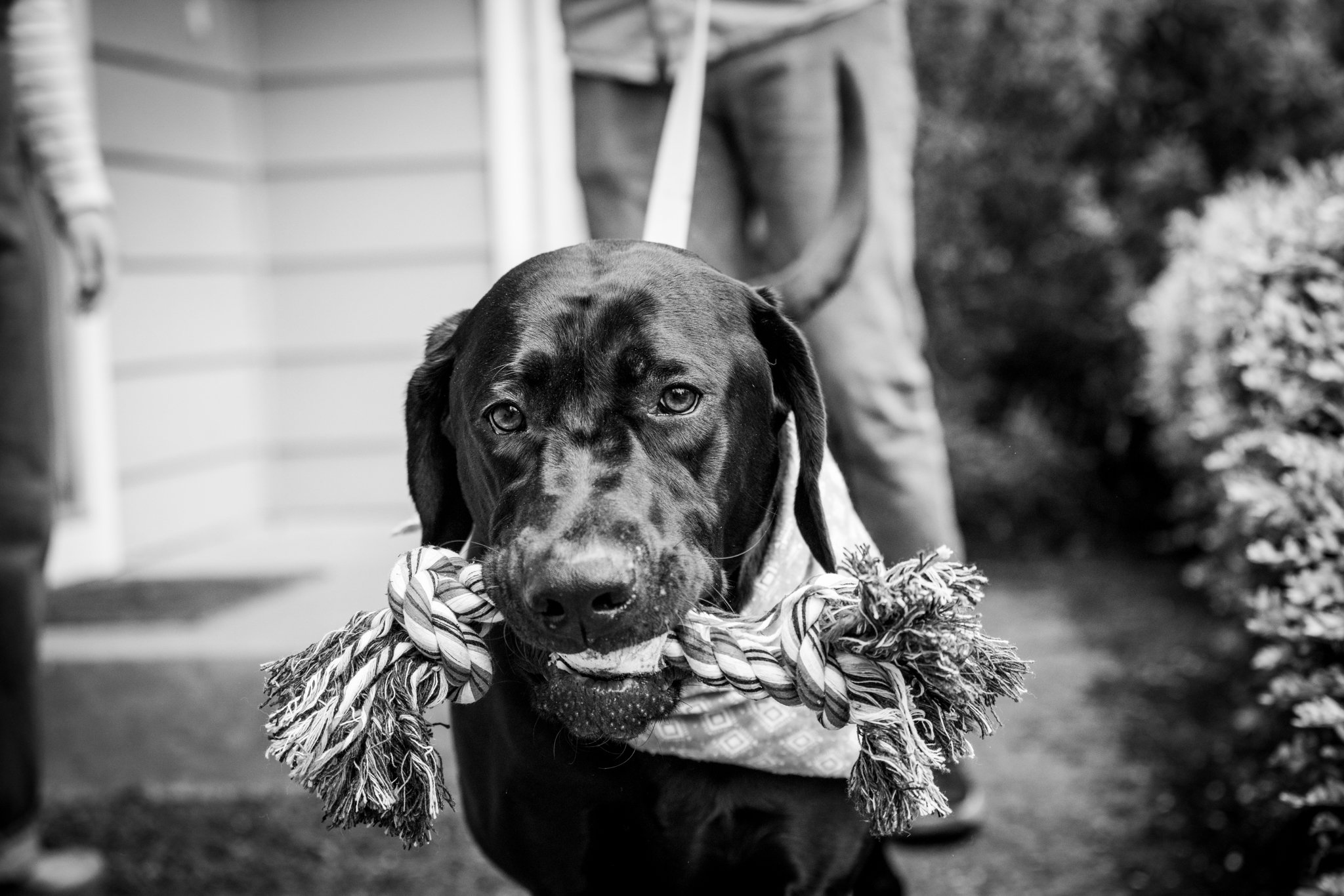 Can you provide a home-awaiting-home for a dog or cat in need? Consider becoming an Animal Aid foster! Learn more about cat fostering and dog fostering, and fill out a foster application to get started.