A Giving Tuesday Match in Loving Memory of Puff 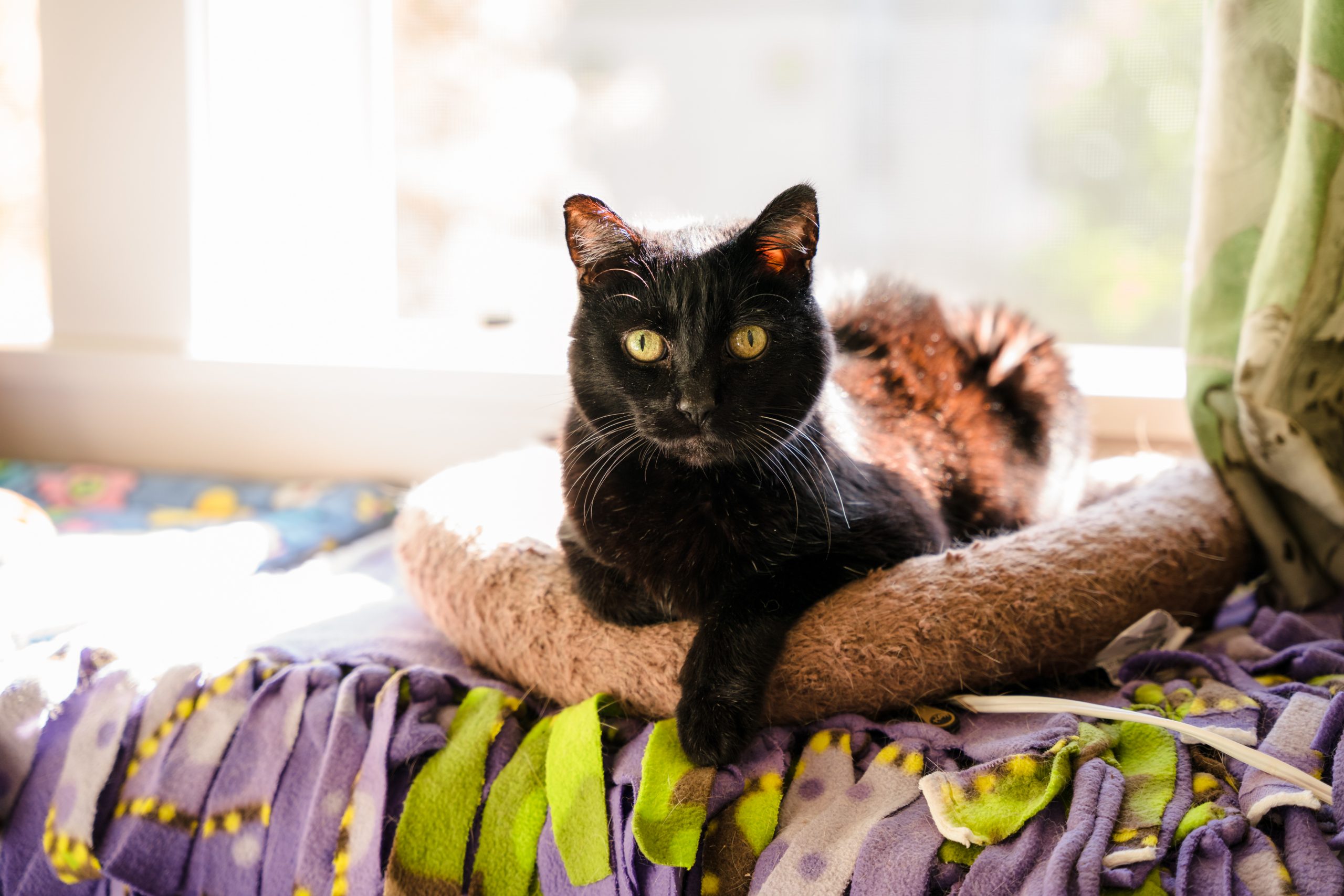 This Giving Tuesday, we’re honored to highlight Puff, a former Animal Aid cat who passed away one month ago on November 1, 2020. At 12 years old, Puff came to Animal Aid in 2015 following the passing of his previous guardian. Thankfully, his time as a homeless kitty was brief, and less than two months after he arrived at our shelter, he was welcomed into the home of Animal Aid volunteers Janet and Charles Black. Puff was a sweetheart of a kitty, charming everyone he met with his gentle love. In fact, Puff had a uniquely powerful impact on the Black household, as Janet shares here:

When my husband and I first got married, I had quite the menagerie of cats (five), while my husband had never had pets—so it was a transition for him. One of my cats was a stereotypical sassy cat that my husband was very leery of, and rightfully so! Flash forward several years, when most of the cats had passed on and we were down to one who was very vocal about being lonely, we decided we were ready to add another companion to our home. Animal Aid staff member Julie helped me decide on the best fit for our household, which turned out to be Puff, a senior black cat with a big personality.

I loved him immediately. Higgins, our cat, quickly followed suit. My husband was determined not to get attached.

That lasted about two weeks. Puff quickly bonded with Charles, as I worked away from home and my husband was retired. Together, they would watch sports on television, and Puff would answer back when Charles would ask him if he’d seen that goal.

Puff also liked his food and especially liked to eat on a schedule: Dare we not adhere to Puff’s schedule, he would jump up on Charles’s lap and demand his attention by placing a paw on his chest and squeaking at him. Puff couldn’t meow like a normal cat due to damaged vocal cords, so here was this big black cat who would just squeak and grunt at you and carry on quite a conversation. Charles would laugh and get up and feed him just like he wanted.

Puff was diagnosed with diabetes about 5 months after he came to live with us. I am rather queasy when it comes to all things blood, so Charles was the one that would do the glucose curves to help manage Puff’s condition. As it turned out, Charles was also diagnosed with diabetes around the same time, so they went on a diet together. Charles controlled his diabetes through the diet—Puff not so much, even though he did lose weight.

About a year ago, Puff went into a steep decline when his kidneys began to fail. We knew our time with him was drawing to an end, but Puff rallied at least three times from the brink. And each time, he’d get more attached to Charles. They were inseparable at the end.

We miss all the squeaks and grunts from our little man, and I will be forever grateful to Puff for helping Charles discover the love of a companion animal. 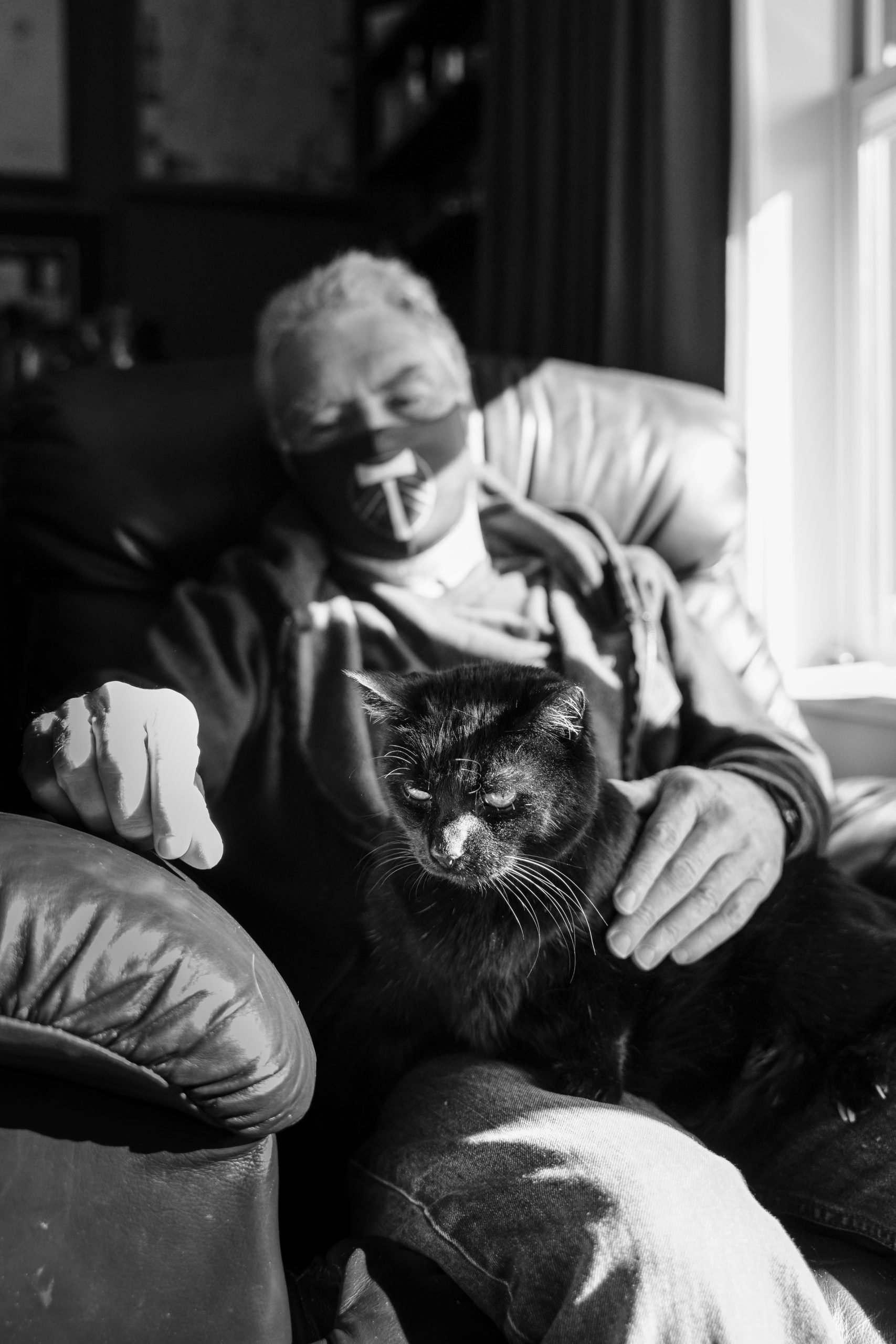 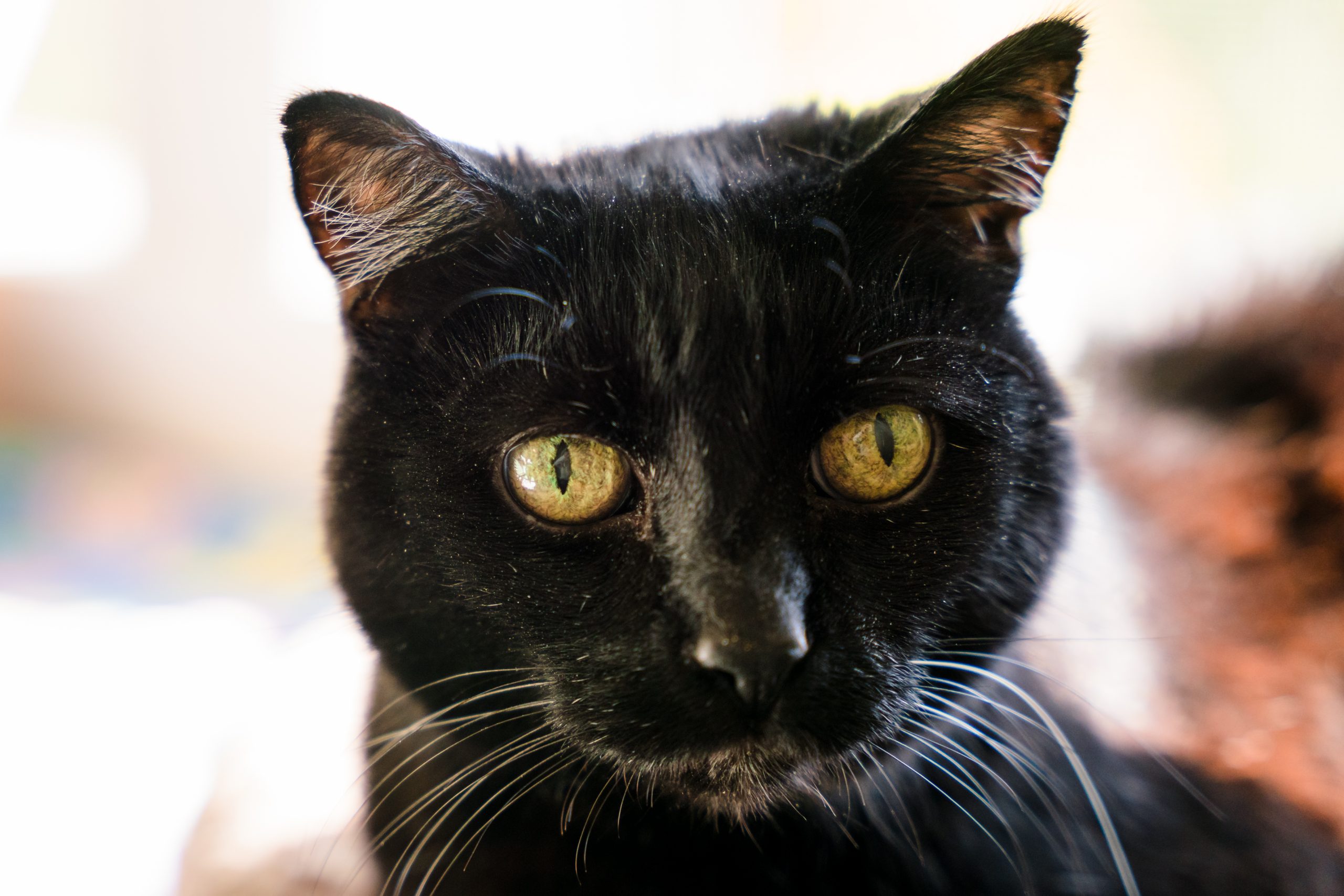 In loving memory of Puff, the Blacks are hosting a matching donation for Animal Aid’s Give!Guide campaign: When you give today, they will match all contributions up to $1,000. Should this match be met before Giving Tuesday is over, we hope you’ll continue to donate in honor of Puff and the countless cats and dogs like him who forever change the world for the people they love.

On behalf of all of us at Animal Aid and rescue animals everywhere, thank you for your support! 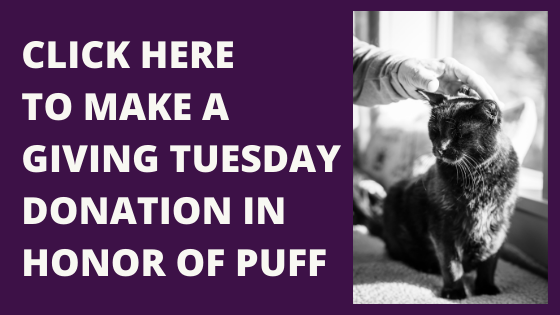 P.S. Prefer to donate via our website or by sending a check in the mail? No problem: Please include a note that your donation is for Giving Tuesday and our Give!Guide campaign, and we’ll see that your contribution is added to our fundraiser!