Back in March, on the day that Hank walked into Fang Pet & Garden Supply in Kenton, it was impossible for him to know just how his life was about to change. Presumed to be a stray, the scrawny short-haired tuxedo cat had already been spotted wandering the area on many occasions, his feline senses no doubt leading him toward the shop’s lively sights and delectable smells. Once he had suitably determined the store’s occupants to be friendly and kind, he became a regular customer, strolling in at his leisure to walk the aisles and share snacks with the staff. A true friend, he even got into the habit of greeting the store manager at her car each morning to escort her to the building.

As the staff helped Hank gain back a healthier weight, they also started searching for his owners. Could Hank be an opportunistic indoor/outdoor kitty, or was he truly without a home, as they suspected? They put up flyers around the neighborhood and posted notices online, but no one came forward. A trip to the vet to gather more facts revealed that while Hank did have a microchip implanted 14 years prior, there was no contact information attached to it—a dead end, though it did confirm that he was a reasonably senior cat. Hank’s lab results also uncovered his hyperthyroidism, a condition that partly explained his thinness and which, thankfully, is easily managed with a twice-a-day pill he will obligingly take if presented as a treat sandwich.

Hank quickly became the star of the store, charming employees and patrons alike with his sweet demeanor and steadfast desire to occupy a lap. Unfortunately, Hank’s one pet peeve was an unavoidable reality atFang: He hated the other animals, namely dogs, who visited the store. Heartbroken but wanting only the best for him, the team at Fang began looking for a place where Hank could enjoy his golden years stress free. This was no small task, as Hank’s age, medical condition, and aversion to other animals naturally limit the type of home that’s right for him. That’s when the store’s owner, Nancy, remembered Animal Aid’s Heartstrings program and reached out to us. 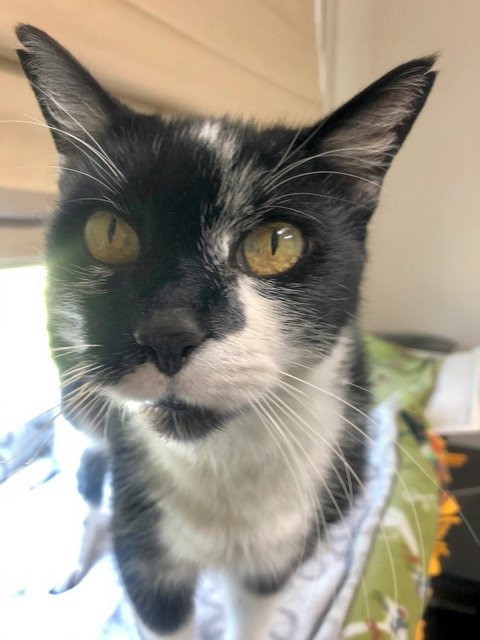 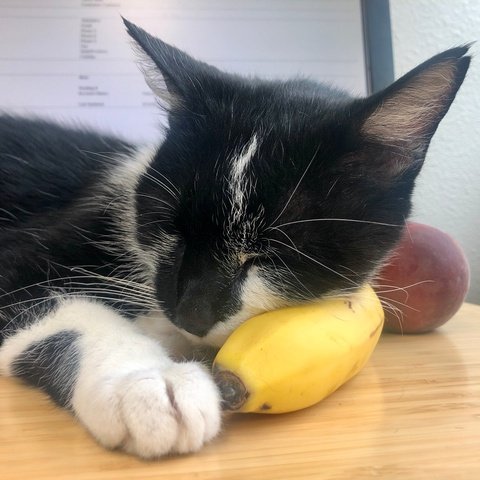 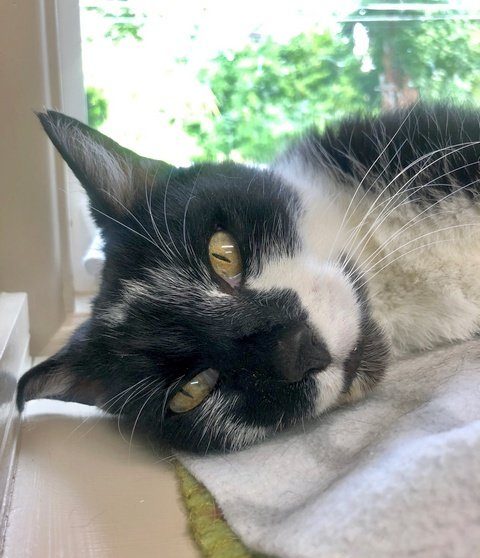 While we assist cats and dogs of all types at Animal Aid, we specialize in helping those who can’t thrive in larger shelter environments. Oftentimes, they can be seniors getting passed by for the younger animals, formerly abused or neglected pets needing medical or behavioral assistance, shy pets requiring extra reassurance and time, or animals with lifelong medical conditions. Our unique shelter and foster structure, which comprises free-roam indoor spaces for all of our adoptables, allows us to tailor each animal’s surrounding to what is most beneficial to their individual wellbeing and comfortable to their specific personality. It’s this focus of our mission and our Heartstrings program that allowed us to say “yes!” to Fang’s favorite feline and welcome Hank into our rescue.

These days, Hank enjoys the run of one of our staff offices, an environment free of other animals but filled with human interaction. He spends at least a part of each morning sprawled across his officemate’s keyboard—the better to keep her hands free for petting—and afternoons curled up on his window shelf, where he can observe the changing seasons from the comfort of a heated bed. An unselfconscious orator, Hank doesn’t hesitate to vocalize his thoughts throughout the day, if for no other reason than to confirm his audience’s attention. And, of course, he still loves a good snack. 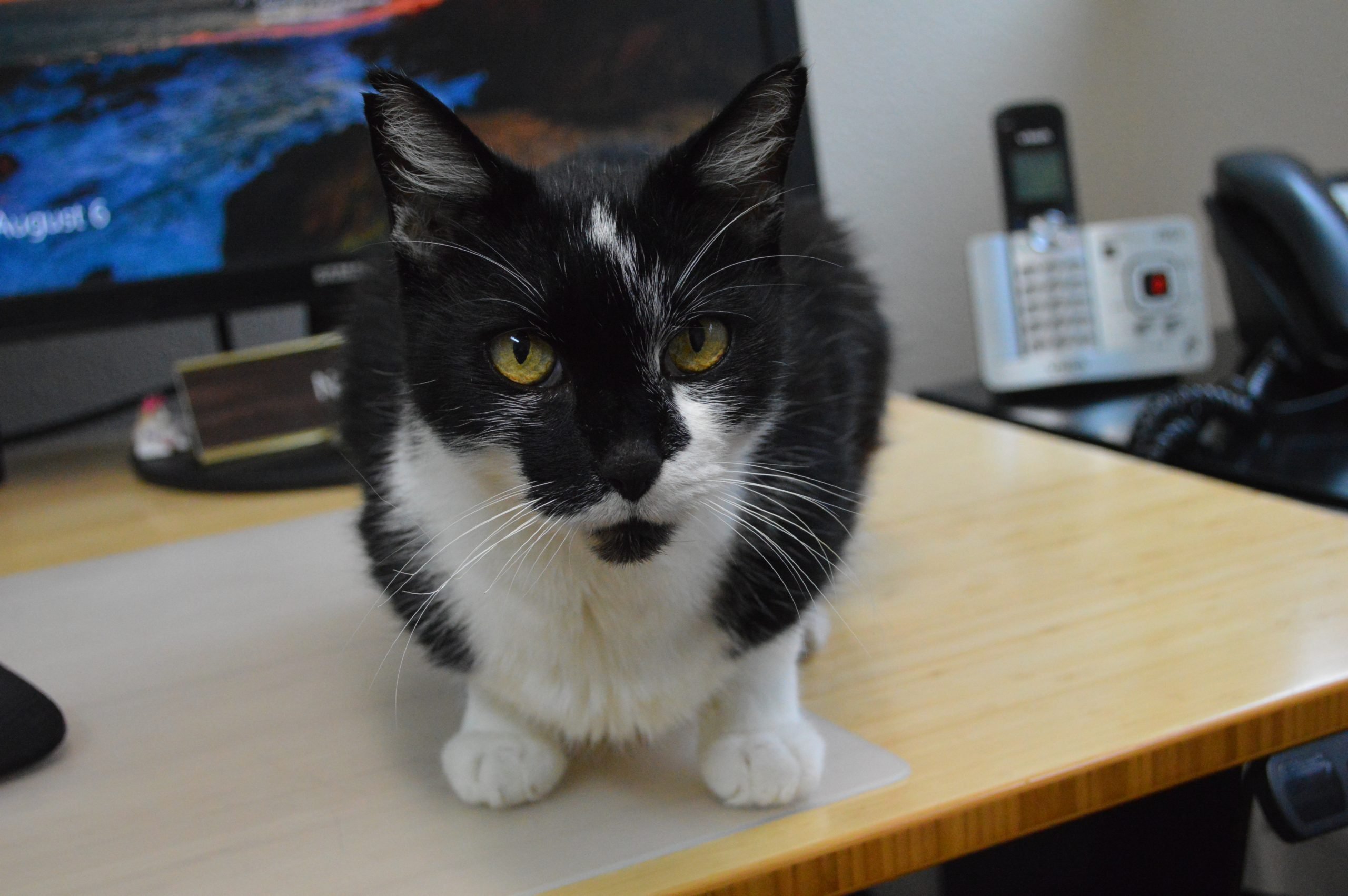 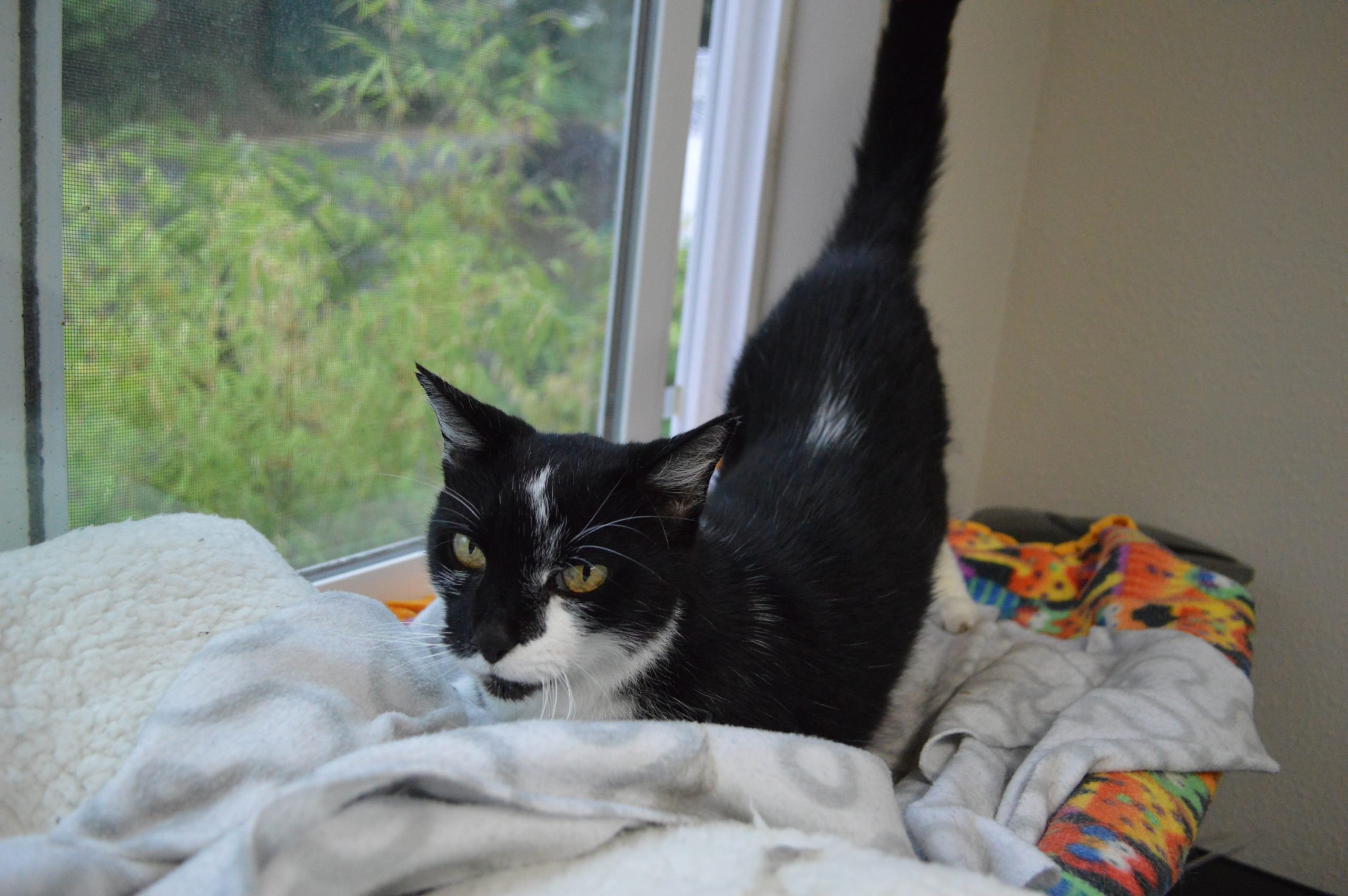 This holiday season marks the close of a difficult year for people and pets alike. This is all the more true for Heartstrings animals like Hank, whose needs require greater financial resources and result in greater challenges within the shelter system—which makes your donation today that much more significant. When you contribute to the Heartstrings program, you’re saying more than “yes!” to this appeal: You’re affirming that senior animals deserve a retirement of care and comfort, that a medical or behavioral condition doesn’t have to be a death sentence, and that a harder-to-place animal simply needs a little more time, however long it takes, for the chance to meet their meant-to-be family. If you believe these things as we do, I hope you’ll join us in helping to make this a reality for many more animals to come.

On behalf of all of us at Animal Aid, thank you for supporting our rescue, Heartstrings Pets, and animals in need throughout the community.

P.S. Like all of our adoptables, Heartstrings Pets are with us for as long they need—the only difference for them is that it’s often months, sometimes years, and perhaps even the remainder of their lives. If you can, please consider becoming a monthly donor to the Heartstrings program and give these animals the long-term stability they need to thrive.