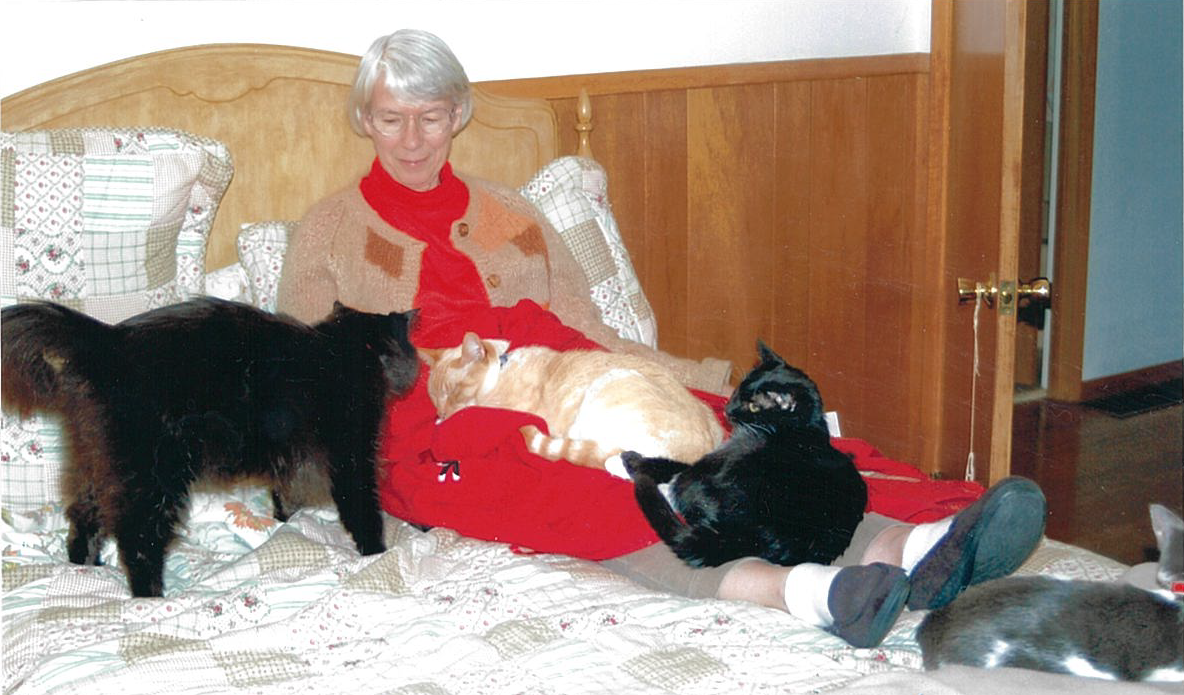 Animal Aid is fortunate and thankful to have so many dedicated volunteers, some of whom have spent many years with us in a variety of roles. Our volunteer spotlight this quarter is on one of those volunteers: Anne Jacobs, a passionate rescue advocate who has served several animal welfare organizations throughout the Portland metro area, including Animal Aid for the past 17 years.

Anne’s volunteer efforts with the animals began in 2001, when she started fostering for the Oregon Humane Society. Later, she expanded her work to the Cat Adoption Team. In 2003, one of her friends told her about Animal Aid, which was much closer to her home, so she began volunteering at the shelter as a caregiver and a cat foster parent. By 2015, Anne had collectively fostered 190 cats from the three different nonprofits. Her current feline companion, Lucy Lou, was an Animal Aid foster failure.

At the shelter, Anne’s caregiving responsibilities grew until she became a PIC (Person in Charge). As a PIC, she’s responsible for feeding the cats, giving medications to those who need it, and supervising the caregivers one morning each week. She loves getting to know the kitties while she’s on duty.

Anne also volunteers as an adoption counselor, helping to staff the Animal Aid shelter one Saturday a month and chat with visitors interested in finding the right match for their family. When Anne isn’t volunteering, she enjoys listening to classical music with Lucy Lou snuggled in her lap.

“Music is my biggest hobby,” she said. “For years, we had a chamber ensemble—flute, violin, cello, classical guitar, and me on piano.”

When asked about her favorite aspect of volunteering, Anne said that she didn’t have just one—she loves everything she does. She said that she has always had good support everywhere she volunteered, but “Animal Aid is especially good at that.”

“I just enjoy the cats so much, it makes me so happy when I learn that an animal has been adopted,” she said. “It’s something I can do to help. There’s such a need, and it’s very rewarding to fulfill that need.”

Looking for a way to give back? Become an Animal Aid volunteer! Available positions include opportunities to work at the shelter and remotely. We promise to provide lots of animal puns, cat hair, vegan lemon cookies, and all the fuzzy feelings. Learn more and apply to volunteer.